Charles-Edward Amory Winslow (1977-1957) spent the greater part of his long and distinguished career at the Yale Medical School, where he was Anna M. R. Lauder Professor of Public Health until his retirement in 1945. He was the author of hundreds of articles and more than twenty books, including the present work, which was originally published in 1943 by the Princeton University Press. 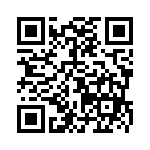