Seth Lerer was born in Brooklyn, New York, and was educated at Wesleyan University, Oxford University, and the University of Chicago. He taught at Princeton before moving to Stanford University, where he is the Avalon Foundation Professor in the Humanities. The author of many books and articles on medieval and Renaissance literature, he is known nationally for his audio and videotape series, The History of the English Language, for the Teaching Company. 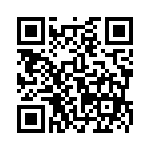